A great story of God's grace...50 years in the making.

John MacArthur - Study Video from Together for the Gospel (T4G) on Vimeo.

For those parents that plan on teaching their children the Westminster Shorter Catechism, here are a few fresh memorization tips.

You'll need to prepare for a long hike over Mt Sinai; to get through the 10 commandments you'll cover 42 questions. Two of my children have been bogged down here for months; but one has made it through and for that I'm thankful. The material is wonderfully applicable to everyday situations.

Two tips on a positive note. First, try to catechize your older children in the presence of the younger ones. You'll find that the younger children will already be familiar with the material when they get to it, and in some cases already have it memorized without any direct catechizing.

Second, once you get far along in the catechism you'll need large blocks of time to get through the material. To help keep the boys' attention we toss a ball back and forth between the question and answer. Some weeks to save time we'll just do the even numbered questions, the odd ones, or every third one.

We've been at this for years now and the only two regrets I have is that I haven't been as faithful as I could have been and I haven't been able to talk about the answers as much as I like. I hope to remedy that second regret in the years ahead.
Posted by Tim at 6:08 PM No comments: 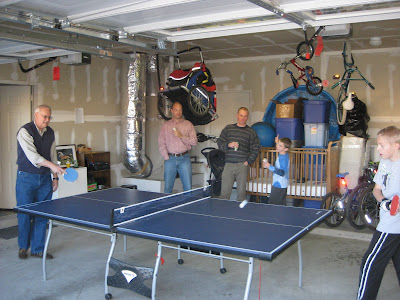 The turkey is putting me to sleep early tonight, but before I give out I wanted to mention we had a great Thanksgiving. A total of 14 people spent most of the day at our house either playing games or preparing a great meal.

We staged a ping pong tournament, played chess, dodgeball-freezetag, and Isaiah's favorite, Stratego. Then we feasted! It was a great day!
Posted by Tim at 9:10 PM No comments:

It comes down to twin commitments--marriage and individualism--both of them uniquely dear to Americans, and incompatible over the long haul.

It seems like everyone in America wants to marry at some point in their life, even gays. Not so in Europe. But here it's still seen as a sign of the good life, regardless of whether it happens after co-habitation and children.

However, America is also the land of expressive individualism. If your marriage doesn’t fulfill you, you are almost obliged to leave it. What matters most is self-fulfillment.

It doesn’t seem to matter that we are such a religious nation; individualism trumps faith commitments. In fact, the churches that have grown the most are those that have learned to cater to the individual with a self-fulfillment message.

What should we do? Learn what marriage is for. To put it briefly, marriage is for the mutual help of husband and wife, for bringing up godly children, and for preventing immorality. (WCF 24.2)
Posted by Tim at 7:31 PM No comments:

To keep children awake in the car 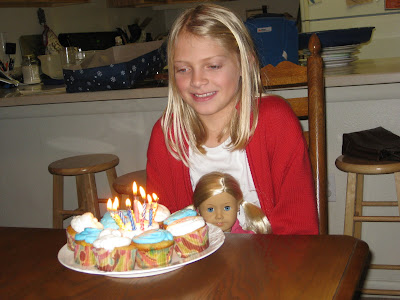 "Proverbs, and the wisdom literature in general, counter the idea that being spiritual means handing all decisions over to the leading of the Lord. The opposite is true. Proverbs reveals that God does not make all people’s decisions for them, but rather expects them to use his gift of reason to interpret the circumstances and events of life within the framework of revelation that he has given. Yet when they have exercised their responsibility in decision-making, they can look back and see that the sovereign God has guided.”

—Graeme Goldsworthy, in the New Dictionary of Biblical Theology (IVP 2000), p. 210. See also Gospel and Wisdom in the Goldsworthy Trilogy.

(HT: The Shepherd's Scrapbook via Z)
Posted by Tim at 8:59 PM No comments:

Talent shows during my elementary school days consisted of 5th graders strumming air guitars and pounding air drums while lip synching to something in the Top 40. By high school the talented ones were break-dancing. That was about it; the rest of us were happy to finish our school days in obscurity.

So last night I was blown away by the performances at the Rio Grande Enrichment Studies' version of a talent show. My older two children attend this "help the homeschooler" school that has been around for 15 years.

A 5th grader, who was too short to use the lectern, recited a lengthy poem with verve and a vocal mastery unknown to most adults. Another male student, this one teen-aged and recently named to All State choir, sang a Handel piece solo with great affection. Then came a series of short persuasive speeches from seniors down to 6th graders. All of them were given with precision and passion.

My hat's off to the staff of RGES and the parents of these children. They are doing a fine work; one that gives me hope in the future generation.
Posted by Tim at 3:34 PM No comments:

That was just the beginning. Their most famous horseback adventure was their record-breaking ride from New York to San Francisco. The two boy wonders crossed the rugged North American continent, once again without any adult presence (much less a GPS)! Despite a series of hair-raising adventures, including losing their horses and being on foot for three days in the deserts of Utah, the young adventurers galloped into San Francisco to a thunderous welcome.

Bud and Me, co-written by Temple’s wife and his daughter, is a story of bravery, perseverance and remarkable character. It is a rare tale of adventure that will be enjoyed by the entire family.
Posted by Tim at 5:18 PM No comments:

Misfires from the Christmas photo shoot

I enjoy posting embarrasing pictures of the family on the blog. It's my payback for having to wear the matching red sweater in public.

Here are some of the photos that won't make it on the Christmas card this year.

Looks like Zeke has gone back to the bottle. 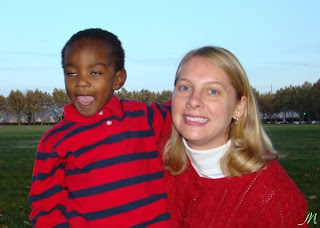 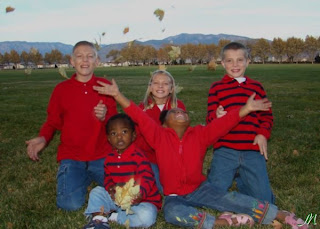 The most uncomfortable photo I've ever posed for. I'm half the man I was. 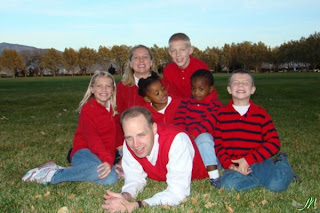 What to expect in seminary

It may be helpful for some considering seminary if I briefly describe a typical week's worth of work for an introductory class. Here was last week's assignment from Introduction to Reformed Theology, a 3 credit hour course at Greenville Presbyterian Theological Seminary:

1. Attend class (for me, listen to the audio)

2. Make an outline of three chapters in the Westminster Confession of Faith

3. Memorize four questions and answers from the Westminster Shorter Catechism

4. Read 3 hours in John Calvin's Institutes of the Christian Religion

The total time spent each week is about 8 hours.
Posted by Tim at 9:03 PM No comments:

A touch of persecution

I started a Bible Study at work two weeks ago. I took great care to be above reproach with this: secured approval from my boss, used no government resources in announcing the study, scheduled it during lunch time, etc.

But today I was told that because I am a supervisor some people are saying that I may start to unfairly reward those that attend the study. These same people called one of the attendees a kiss-up, insinuating he attends the study only to gain favor with his boss.

None of this should be surprising, but it has been a while since I've tasted a bit of slander for obedience to Christ.

Of course my anonymous accusers are right about me. I'm a sinner and so it could be that I may show favortism. But this is not unique. Any supervisor who does anything outside of work with some of his team faces the same temptation. So I'll heed the warning from my accusers and press on as long as God allows.
Posted by Tim at 7:06 PM No comments:

Sometimes I can agree with this quote from an unknown school teacher:


Marvin Olasky, during a recent speech, about the difficulty many boys have adjusting to a schoolroom environment.
Posted by Tim at 6:33 PM No comments: